Difference between revisions of "Manual:Unicode"

Reference our manual page on Encoding for more information on CHARSET negotiation in Mudlet. 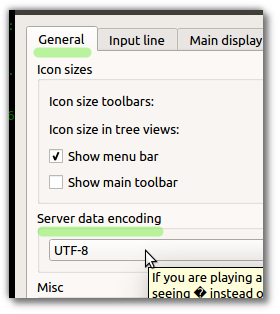 Mudlet's trigger engine fully supports Unicode in all types of patterns, including regex. Here is an example of (\w+) matching a Cyrillic word: